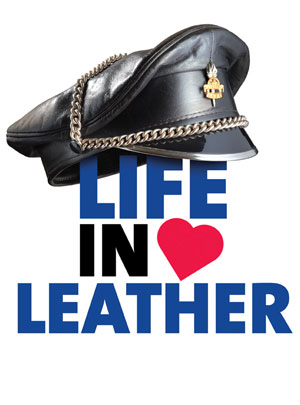 boy stray wrote a well thought out post on aspects of protocol.  On the way to publishing the post from a blogging assistive app, the entire article vanished.

So, back to the writing table…

i did have the pleasure of hearing International leatherboy, boy jake, speak about Protocol this afternoon.  He regaled the packed audience with the history and meaning of protocol and then discussed what actions and rituals are or can be a part of an agreed upon protocol between a Dom/Master and his sub/slave.  Also touched on was what to do (what protocol to follow) when you go to Aunt Martha’s for Thanksgiving.  Above all it seems open and honest communication up front is paramount in establishing and maintaining protocol.

The protocols required active participation of the sub.  he was the one who served his Sir coffee or a drink in a certain manner; he was the one who stood when a Dom entered the room or assumed a specific position on command.  he walked behind his Master, sat on the floor rather than using the furniture, ate only when the Dom had begun eating, etc.  he served his Sir joyfully, and was deeply gratified to be able to serve his Dominant.  his satisfaction was in providing good service.  The Dom received gratification knowing his sub was well trained, respectful and would willingly meet all of his needs without hesitation.

However, punishment was delivered swiftly for mistakes and repeated infractions in carrying out established protocols.

Well these are the opinions i formed from my readings about what Old Guard might have been like.

Protocols still exist, and are just as important today as they were decades ago.  The establishment of protocols in a Dom/sub relationship can be discussed and agreed upon by both parties involved, and it has even been reported that some subs request a deeper or more difficult level of protocol as an outward sign of the honor and respect they have for their Dom.

subs simply should ask themselves, “how should i behave respectfully in this situation to bring honor and pride to my Dominant?”

As a submissive who is fairly new to coming out and working to fit in i have to say i am confused by the blurring of roles in the community.  There is a kind of sliding scale from 100% Dominant to 100% submissive.  It seems more gay Leathermen and boys are falling into the mid range on the scale….also known as versatile.  At the bars, arm and wrist bands are seen on both arms, or hankie flags, keys, or chains are placed in a manner incongruous with other outward signs or mannerisms of established Dom or sub roles.

What’s a total, sub bottom boy to do when he can’t tell if the hot man across the room or the one he is standing next to is another boy, or is in fact a Dom/Top/Master?

Every boy’s Bill of Rights

SIRS: Please copy and paste this Bill of Rights into your online profiles if you wish to let subs know how you feel about their rights.

subs, boys, and pups: Please include the Bill of Rights in your online profiles and take a stand against abuse

** This copy of the boy Bill of Rights was found online at http://www.theLeatherjournal.com